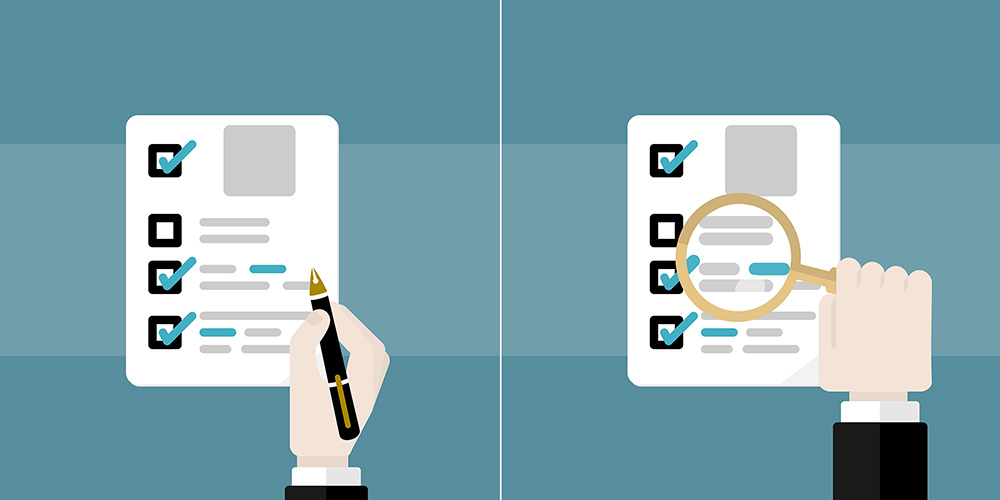 “It ain’t what you don’t know that gets you into trouble. It’s what you know for sure that just ain’t so.”

Innovation projects come in all shapes and sizes, from incremental product renewal to bold exploration of blue oceans. But whether extension or transformation, every project begins with a set of assumptions — things we believe to be true. Some are more important than others, and a few are critical: in order for the project to succeed, they must be true, but if false, the project will fail. These initial critical assumptions can have a profound effect on the project’s course over time, and leading innovators have discovered that simply identifying them and dealing with them effectively can have an astonishing effect on improving the success rate and impact of early-stage innovation.

Conventional wisdom about risk management and program evaluation for early-stage innovation demands exhaustive due diligence, often in the form of lengthy checklists, to account for all possible commercial, technical, and other factors. Key elements of the assumption-identification process often takes only a few days – yet can have an outsize impact on results. The chart below illustrates the impact of a similar process, called Discovery-Driven Planning, on the resources allocated to several dozen recent project initiations: 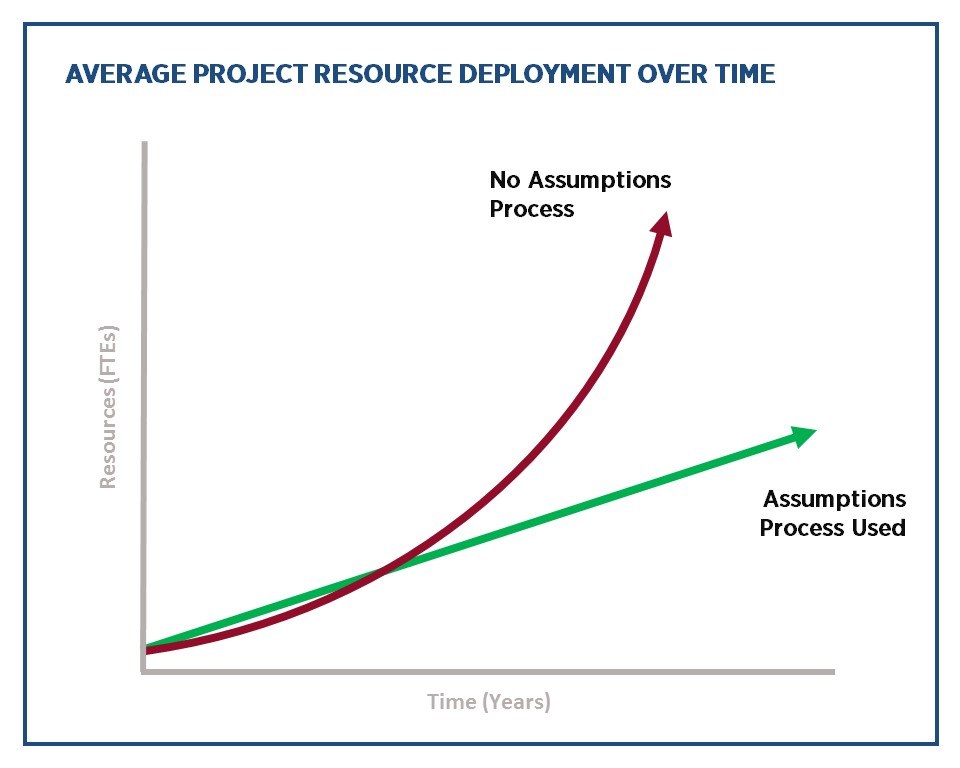 Projects that utilized the Discovery-Driven Planning approach to surface key assumptions were generally on track after a year. Virtually all of the projects that didn’t use this approach experienced sharp resource spikes as people and dollars were added to address fundamental issues. In fact, the impact of this simple idea was so profound that the company has institutionalized this process as a core element of every project initiation.

Failure is an unavoidable aspect of early-stage innovation; that will never change. But the way we think about failure, anticipate it, and learn from it, can change – and should. By implementing processes centered on identifying and managing the most fundamental assumptions underlying a new program, innovation organizations can promote faster, leaner, and less onerous decision-making to drive toward success.

The Value of Process

Current innovation governance systems provide a baseline defense against mistakes and have been widely implemented by many companies. They are designed to cover all the bases, drawing on the philosophy that managing project risk requires extensive exploration of multiple factors, commercial, technical, supply chain, etc. A side benefit is that such systems provide organizational cover for teams who never want to be asked a question by senior management they can’t answer: “What do you mean, you don’t know what Company X’s cost position is?”

But comprehensive processes don’t isolate killer problems. Indeed, when it comes to early-stage innovation, exhaustive checklists can actually increase your risk of failure by giving you a false sense of confidence.

Equal attention to all things can mean not giving enough attention to the most important things – and that’s what gets people into trouble.

Suppose you have a list of ten things to check off, and you successfully check off nine. If you’re working within a conventional governance system, you may believe you’ve completed 90% of the work, signaling that it’s safe to move ahead to the next stage.

But what if that tenth box, the one you didn’t get around to, was the only one that mattered? What if the assumption underlying that tenth item – for example, “Our customers will pay for the features we’re developing,” or “Our organization will be willing to fund two extra years of R&D” – was the only one that could make or break the project? The reality is that the effort that is required to be exhaustive is effort that often can’t be aimed at the critical few assumptions that will actually drive project success or failure. In other words, equal attention to all things can mean not giving enough attention to the most important things – and that’s what gets people into trouble.

The basis for identifying critical assumptions lies in answering the question, “What must be true for success?” The most effective and efficient way to answer this question is to create a venue for idea sharing and frank communication between multiple different stakeholders. Everyone in an early-stage innovation organization has a unique yet incomplete understanding of the program they’re facing, particularly if the organization is large. It is only by bringing together a diverse group of stakeholders to exchange their individual, partial perspectives that the group can begin to form an understanding of their market and technical context as a whole. 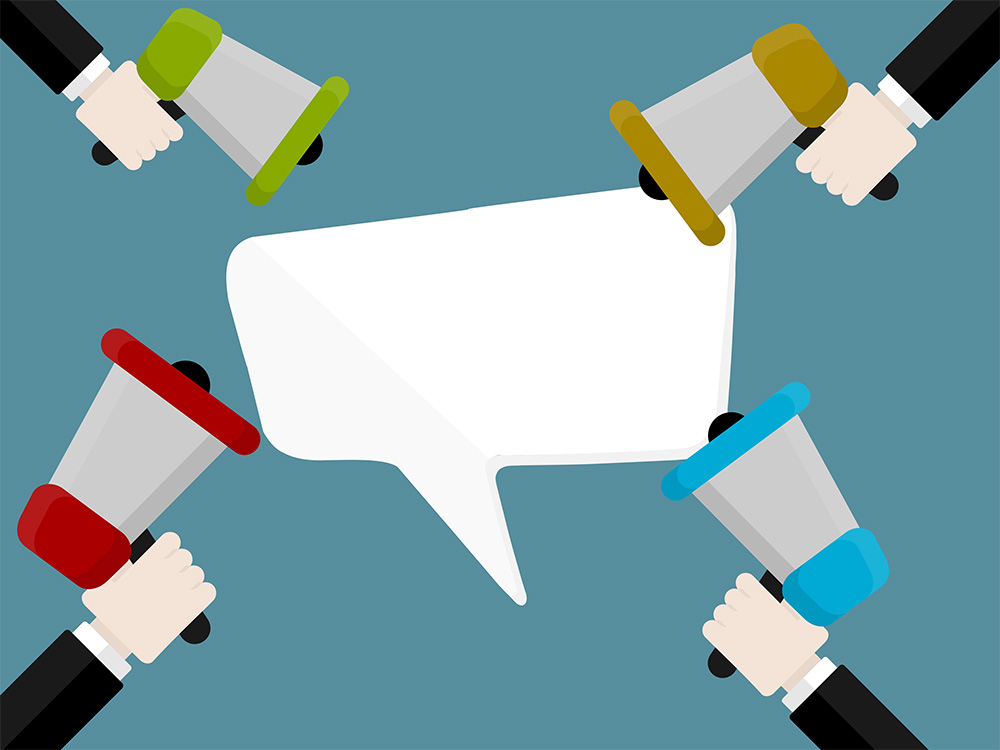 Take, for instance, a nutraceuticals company evaluating the potential for a new formulation of a successful product. The product had been under development for several years, had been reviewed in multiple senior management and stage-gate decision meetings and was well on the way to launch. But key team members were nervous about its chances for commercial success, and had begun to question whether customers would really value the attributes they were developing – a pretty deep, fundamental idea that, if untrue, could unravel copious market and technological analysis and turn the project into a bust.

With the support of top innovation leadership, the team began a brief but intense process to identify key “must-be-trues”; that is, the critical program assumptions. A group of 15 cross-functional subject matter experts were convened and, using a simple facilitation technique designed to engage all the SMEs in conversation, a set of fundamental beliefs were surfaced and categorized based on both criticality and uncertainty. After a thorough airing and sorting process, those assumptions that were most critical, and least understood (in this case, five major uncertainties relating to commercial, technical, and manufacturing issues), were identified as Killer Assumptions—that is, potentially fatal if they turned out to be false.

Through the assumptions workshop, the assumptions that are most critical, and least understood are identified as Killer Assumptions—that is, potentially fatal if they turned out to be false. 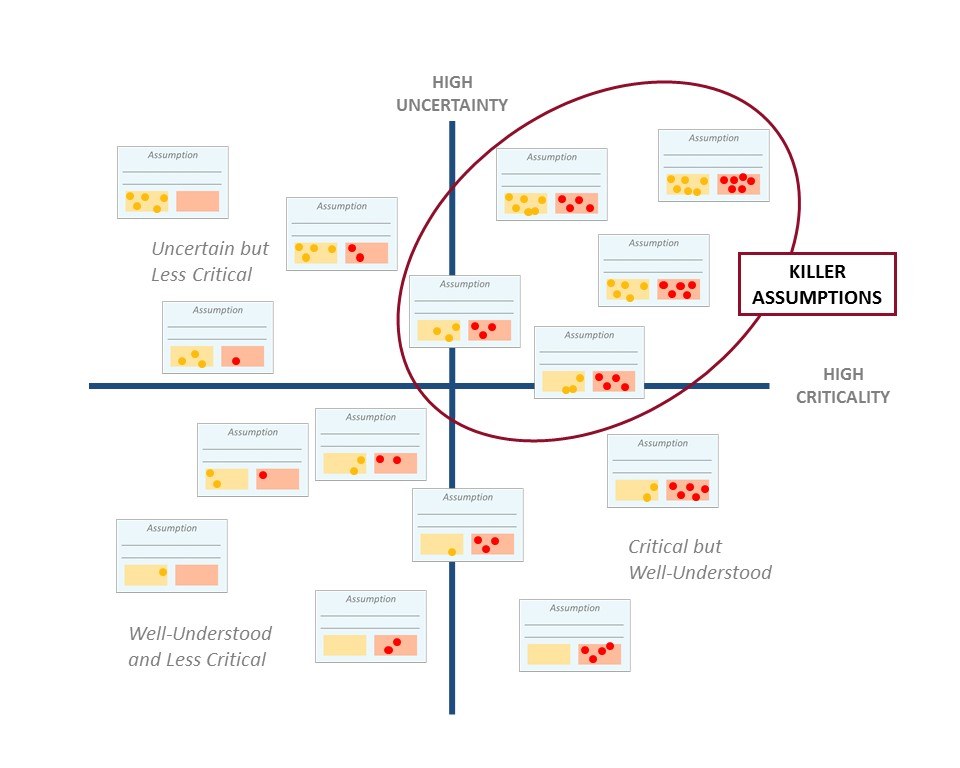 While some team members had felt an inkling of the relevance of most of these assumptions prior to the meeting, surfacing and prioritizing them as a group made it obvious that this multi-year, multi-million-dollar program had some big blind spots that hadn’t been adequately illuminated in previous reviews.

For the team, the next step was to develop a Learning Plan to deeply explore each of these Killer Assumptions.

A Learning Plan vs. an Action Plan

It’s tempting to think that having identified critical assumptions, it will be possible to precisely map out a roadmap of activities that can address the fundamental issues; however, this is almost never the case. As one successful innovator quipped, “You can’t run an early-stage innovation program like you would construct a nuclear power plant.”

To get to the heart of Killer Assumptions, what must be developed is a plan to learn, not a plan to execute.

A Learning Plan lays out the key dimensions of uncertainty and assumes that as learning progresses, so too will opportunities for “pivots,” or shifts in approach, as knowledge of the core issues evolves. For example, as part of their Learning Plan, the nutraceuticals team isolated the drivers of uncertainty for each of the five critical assumptions, then constructed a series of rapid and inexpensive commercial, technical, and engineering tests to explore the drivers. The initial learning plans took less than a day to sketch out, and many of the key activities were accomplished in a matter of 2-3 months. During that time, the team’s focus began to shift from exploring the limits of their own technical capabilities to developing product features based on the desires and marketing expectations of their customers. 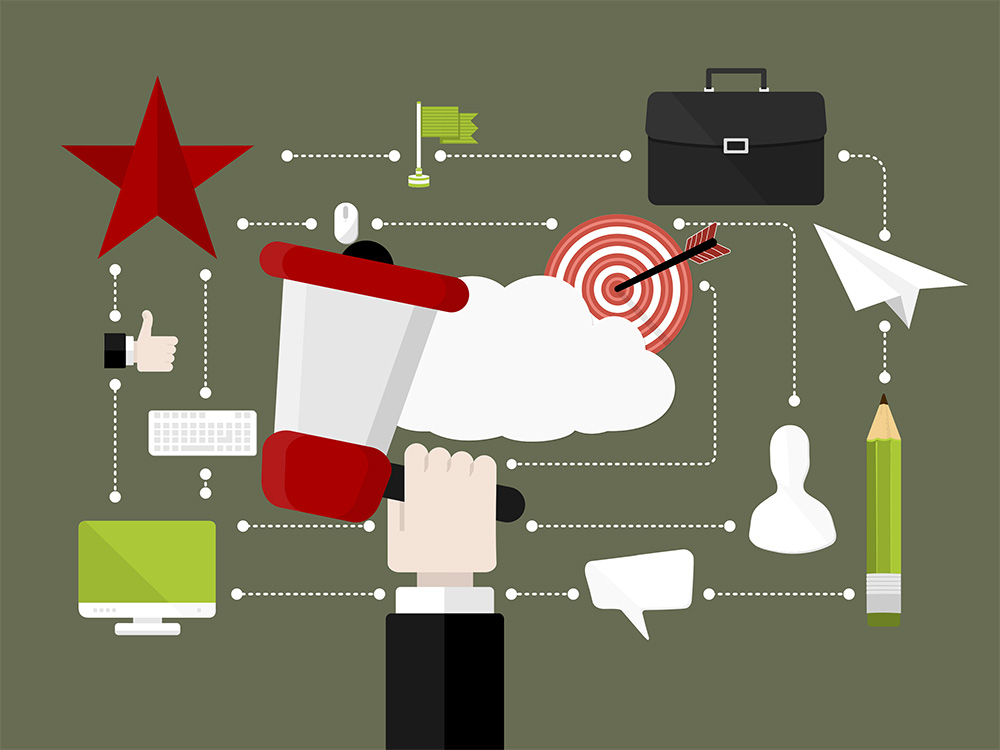 Was this outcome typical? In some ways, yes. What made this particular exercise work well was:

This adaptable, non-programmatic approach is at the heart of improving project outcomes. When applied to innovation, these processes allow you to learn faster, decide sooner, and pivot when the time is right. When applied to management of assumptions, these processes can improve speed, agility, and success. For most companies – and projects – these tools can be implemented rapidly and inexpensively as a complement to stage-gate systems and other governance processes already in place, offering virtually no disadvantages and plenty of upside potential.