Iterating Toward the Consumer Vision/Experience in AR/VR

Emerging technologies that succeed in disrupting the status quo are often preceded by a string of relatively unimpressive precursors that do poorly in the market. A new technology can exist for decades before it becomes a household name, developing in a slow burn of small, unrelated experiments that miss the mark of consumer expectations.

Take virtual reality (VR) as an example: the earliest commercial versions of this technology were developed in the 1960s, but it has taken 55 years and multiple unsuccessful products for the technology to really start gaining traction (and even now, there are major kinks to work out). Or consider augmented reality (AR), which is even further behind on the development path: industrial and military applications notwithstanding, efforts by both universities and corporations have uniformly failed to produce an AR headset that consumers will embrace (Google Glass, anyone?). 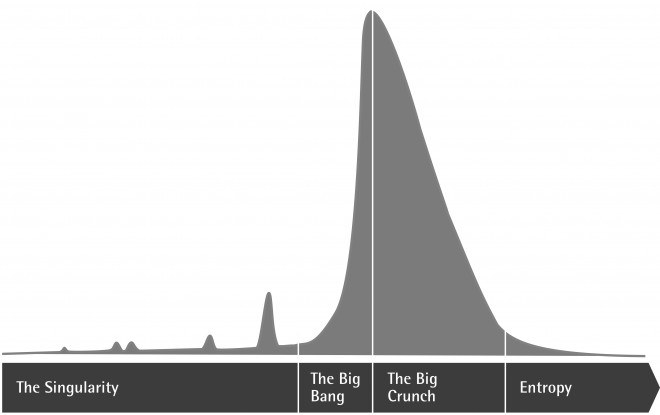 In their book “Big Bang Disruption,” Larry Downes and Paul Nunes refer to this string of emerging technology product failures as “The Singularity”

This process of repeated launches and failures can be an important way to learn – one man’s product failure can be another man’s lesson in what the market really wants – but it is also costly, frustrating, and time-consuming. And yet, as any innovator knows, you can’t just sit around and wait for someone else to get it right – if you don’t commit to the difficult work of developing a novel technology, there’s a good chance you’ll miss out when it finally does take off. So how do you set yourself up for success and de-risk your investment, even knowing you’re dealing with extreme uncertainty?

One promising possibility that has taken hold in the AR space is rapid concept iteration. Following the unimpressive performance of Google Glass, augmented reality OEMs are now trying both to speed up the process and to avoid further embarrassing public fiascos by iterating quickly on headset designs with developers, who serve as a proxy for understanding the ideal consumer experience. The feedback from these developers acts as an input for the design of the next-gen product/development kit.

Major OEMs like Epson, Vuzix, and Meta have each moved rapidly through several versions of their development kits over the past few years. These and other major players like ODG and Atheer also have demo products targeted primarily at military and enterprise applications, where the focus is less on ideal user experience and more on cost savings and practicality. Some other notable names like Microsoft (HoloLens) and Sony have gotten into the game more recently with their first development kits in 2016 and 2015, respectively, and are still reflecting on initial feedback.

Not every major player in the AR space is following this path – Magic Leap, for example, is notoriously secretive about their technology – but there are clear advantages. Rapid concept iteration hedges against the uncertainty around which design will win out, enabling OEMs to test multiple redesigns in the span of just a few years. They’re able to gather information about what resonates and which technical design tradeoffs are unacceptable to users without exposing themselves to significant commercial risk. Iterating this way could cut down dramatically on the number of launch failures for AR, and maybe even accelerate the timing to the winning, marketable solution.

However, there are also some challenges to this approach. A technology like augmented reality, which relies on multiple extremely technically complex components and sub-systems, does not always lend itself to an agile design process. Bottlenecks arise when certain fundamental technical hurdles like field of view and resolution cannot be resolved through industrial design of the headset alone. And then there’s the commercial threat: in focusing on concept iteration instead of launching to consumers, these players risk losing the market-leading spot to the first company who successfully takes the plunge. If and when a suitable universal AR headset is commercialized and succeeds in the market, other products still in development may become obsolete.

As any innovator knows, you can’t just sit around and wait for someone else to get it right.

Still, given the complex challenge of making AR a reality, rapid concept iteration seems to be an effective and low-risk way to understand user desires and use cases for this novel technology. The challenge now is for OEMs to maintain a fast pace of technical development while investing in and iterating on the design that will meet consumer expectations and provide the ideal experience.