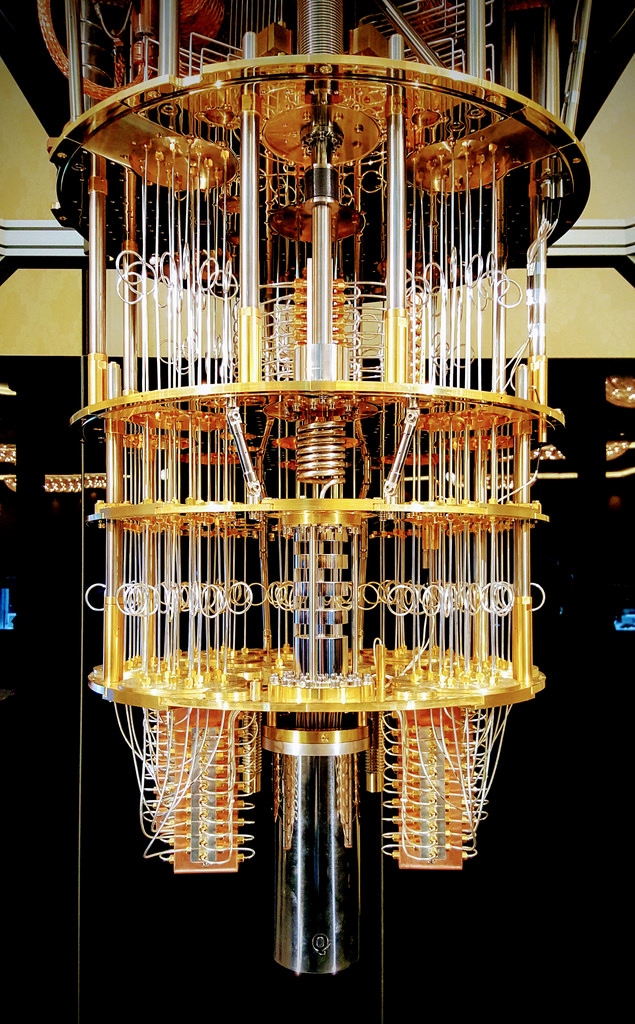 Quantum Computing in All Its Qubits

IBM announced last year that they had conclusively demonstrated “quantum advantage” for the first time, proving that quantum computers are better than classical computers for some types of problems.

This announcement is one of many exciting developments in quantum computing over the last few years, and comes at a time when both private and public investment in the space is accelerating. Household names like IBM, Intel, Google, and Microsoft are investing around $100MM annually to develop their own quantum systems, and well-funded startups like Rigetti and IonQ are developing systems and software of their own to compete with big-name players.

Governments are also getting more involved. The EU, UK, and China have all made significant investments into quantum technologies, and the US House of Representatives recently passed a measure to provide $1.3 billion to fund a National Quantum Initiative. While it is encouraging to see so much activity, it can be difficult to look past the hype surrounding the industry and understand what it all means. In this post, I will describe where quantum computing is today, and how it is likely to be used in the coming years.

What is quantum computing?

For one thing, qubits can exist in superpositions, meaning that instead of being either 1 or 0, a qubit can be a mixture of both at the same time (this comic explains it in a simple and fun way). Qubits can also be entangled with each other so their individual states are perfectly correlated. This means that measuring the state of one qubit reveals information about the state of the other. It also means that performing a calculation on the first qubit will affect the state of the second qubit in a predictable way. 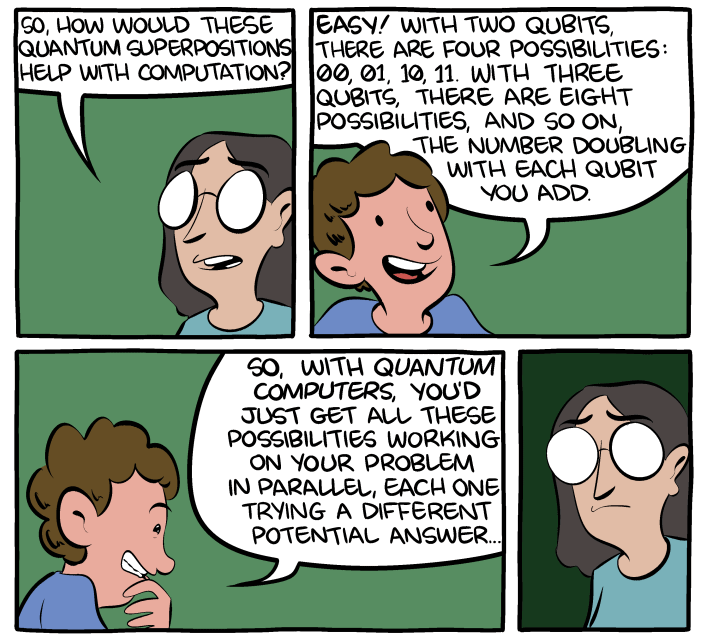 The future vision for quantum computing – and hurdles to getting there

Thanks to properties like qubit superposition and entanglement, quantum computers are really good at many things that classical computers are bad at – like handling complex algorithms. One such algorithm that gets a lot of attention due to its potential impact on data security is Shor’s algorithm. This algorithm describes how a quantum computer could be used to find the prime factors of a large number much faster than any known classical algorithm.

RSA, one of the most commonly used encryption methods in the world, relies on the fact that classical computers can easily multiply very large prime numbers, but can’t do the reverse operation (find prime factors) very well without a key. This asymmetry in difficulty is what protects RSA-encrypted data from being decrypted by anyone other than the intended recipient (who already knows what key to use).

A quantum computer capable of running Shor’s algorithm would be able to decode encrypted information easily, posing a significant security threat. However, quantum computing is in its early days, and many signs indicate that it will be a long time before quantum computers achieve that particular capability. The first of these signs is the fact that quantum computing companies haven’t settled on a standard qubit. Superconducting circuit qubits and trapped ion qubits are leading now, but other technologies (e.g., silicon spin qubits, topological qubits, and photonic qubits) are being explored as well.

Current systems are also very small compared to what would be needed for the problems quantum computing promises to solve. Current systems have around 100 qubits, with IonQ’s 160 trapped-ion qubit system leading the field, but a quantum computer that can run Shor’s algorithm and factor numbers that are hundreds of digits long will likely require millions of qubits. Even the most optimistic industry experts don’t think quantum computers will reach this point for at least a decade.

The value of quantum computing in the near term

That’s not to say that quantum computers won’t be useful until they have millions of qubits. To the contrary, some of the most exciting applications for our specialty materials clients are much nearer term. Applications in materials simulation, chemical modeling, and process optimization can be addressed by systems with just a few hundred qubits – a target that may be achieved in the next 5 years. 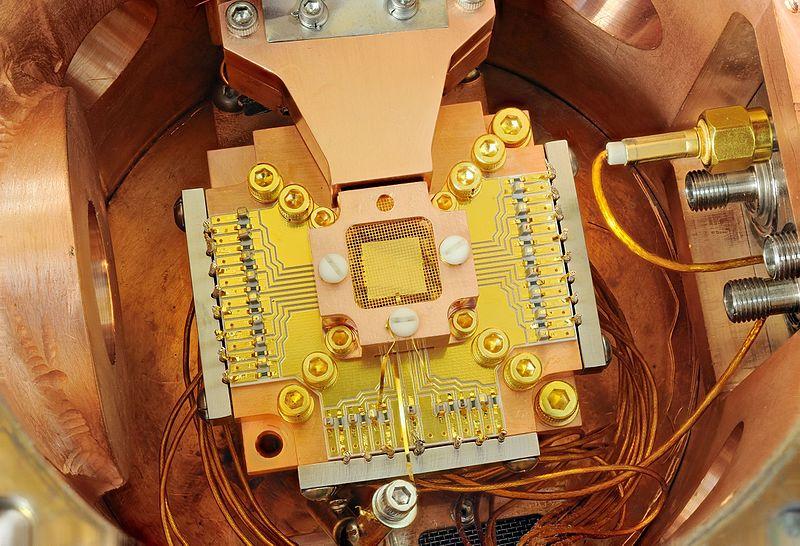 NIST physicists used this apparatus to coax two beryllium ions (electrically charged atoms) into swapping the smallest measurable units of energy back and forth, a technique that may simplify information processing in a quantum computer. Photo by Y. Colombe/NIST

Additionally, developments in adjacent markets are making quantum computing increasingly accessible. Many major players offer software to help people familiarize themselves with writing code for quantum computers and are working to engage directly with future users. Companies like Zapata Computing and QC Ware, who base their business models on writing algorithms and software for quantum computers, have popped up in the last few years. The growth of this ecosystem is enabling companies to explore how they will use increasingly powerful quantum computers, and understand and prepare for the impact of these systems.

Deciphering the hype around a topic as complicated as quantum physics can seem overwhelming. When we’re constantly bombarded by headlines promising that quantum computing is almost ready for business, or threatening imminent security breaches, it’s hard to know whether to panic or write the whole thing off as ludicrous. Our experiences in this industry indicates the threat of RSA decryption is real and deserves to be taken seriously, but is at least a decade away. Applications for smaller quantum computers, on the other hand, have the potential to meaningfully affect many companies’ business in the near future. The ecosystem is growing, investment is accelerating, and we are rapidly nearing a time when quantum computers will solve valuable problems. Now is the perfect time to start thinking about how your business can take advantage of this exciting technology.

Andrew Gartley comes to Newry from Wesleyan University, where he earned a BA in Mathematics and Computer Science with high distinction. During his time as a student, Andrew captained the Wesleyan swimming and water polo teams for several seasons and pursued coursework in machine learning, quantum information systems, and cryptography. He also worked as the Strategic Activity Development Director at Camp Lawrence during the summer of 2016, devising a plan to assess and evaluate all camp activities to improve staff effectiveness.