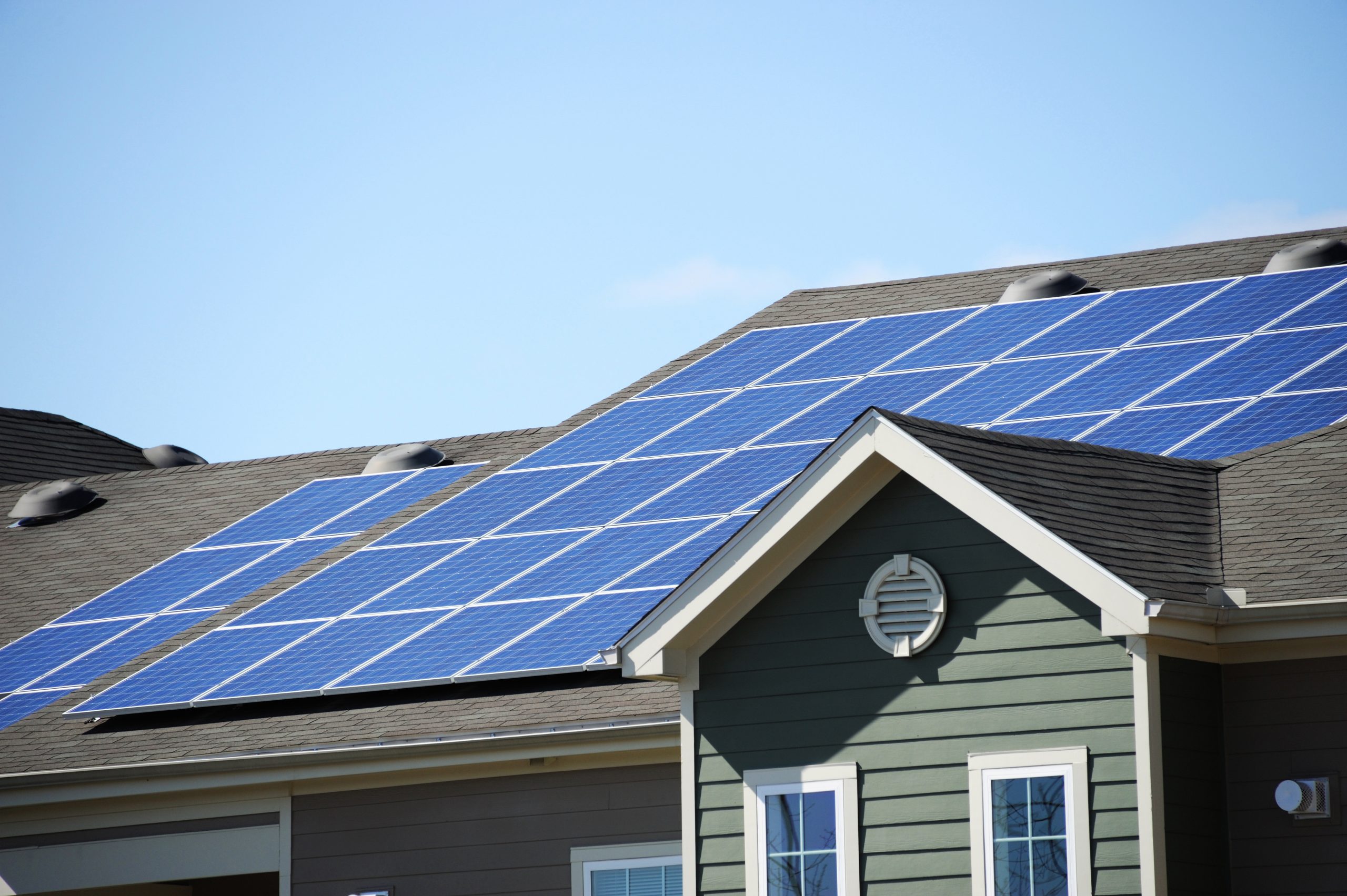 The global transition from fossil fuels to clean energy is a massive undertaking. To set a path toward net zero emissions by 2050 and avert the worst effects of climate change, the annual pace of solar panel and wind turbine installation will have to quadruple by 2030. For the solar industry, this means building two to three solar farms with one million panels apiece—equivalent to India’s $1.4 billion Bhadla Solar Park, currently the largest solar installation in the world—every month for the next decade.

There are many complex economic, regulatory, and technical challenges that must be resolved to achieve this rate of solar development, but one of the biggest and most immediate problems we face is logistical: namely, where are we going to put all these assets? Solar panels take up a lot of space on land that might otherwise be used for agriculture, housing, or any number of other activities. As solar installations expand, resistance from those competing interests is likely to increase, which could impede progress toward achieving emissions reduction targets.

Fortunately, there are several creative solutions for where to put solar panels right in front of us:

The top layer of the built environment represents thousands of square miles of underutilized space that could be used for solar installations. Some companies have already started development in this area with a particular focus on designing panels that are more aesthetically acceptable to homeowners. GAF, for instance, offers nailable solar panel shingles that can be installed by any roofer or contractor instead of a trained expert. In June of 2022, GAF announced they were building an additional facility to increase the company’s capacity by 500% and bring total production of the solar shingle to 300 megawatts annually. Tesla was also working on a similar product, but the effort has been paused due to supply chain disruptions.

A looming concern for solar panel installations on roofs would be within the insurance industry. Insurance companies must determine whether solar roofs are covered by traditional homeowner’s policies and how they ought to be serviced compared to normal roofs. For instance, solar roofs carry a greater value than a typical asphalt roof, and thus become a larger percentage of the home’s overall value, which might raise premiums for homeowners by 30% or more due to the high risk of roof damage. Another potential downside to residential solar roofs is that consumers generally don’t want to spend any more than they have to when they’re replacing their roof, so a strong cost-savings case would need to be made to incentivize homeowners away from traditional asphalt.

Rivers, lakes, and other bodies of water present another type of underutilized area that could conceivably host solar capacity—although the potentially adverse ecological implications of shading underwater environments (e.g., harming plant life, depriving fish of oxygen, and/or potentially increasing methane emissions from algal blooms) are not to be ignored. On the other hand, in India, solar panel installations over canals have had the very positive effect of limiting evaporation (plus, the low-quality aquatic ecosystem of the canal is of less concern than, for example, that of a spring-fed lake). Other bodies of water that suffer from rapid evaporation (e.g., manmade reservoirs) could be good targets for floating solar panel farms. 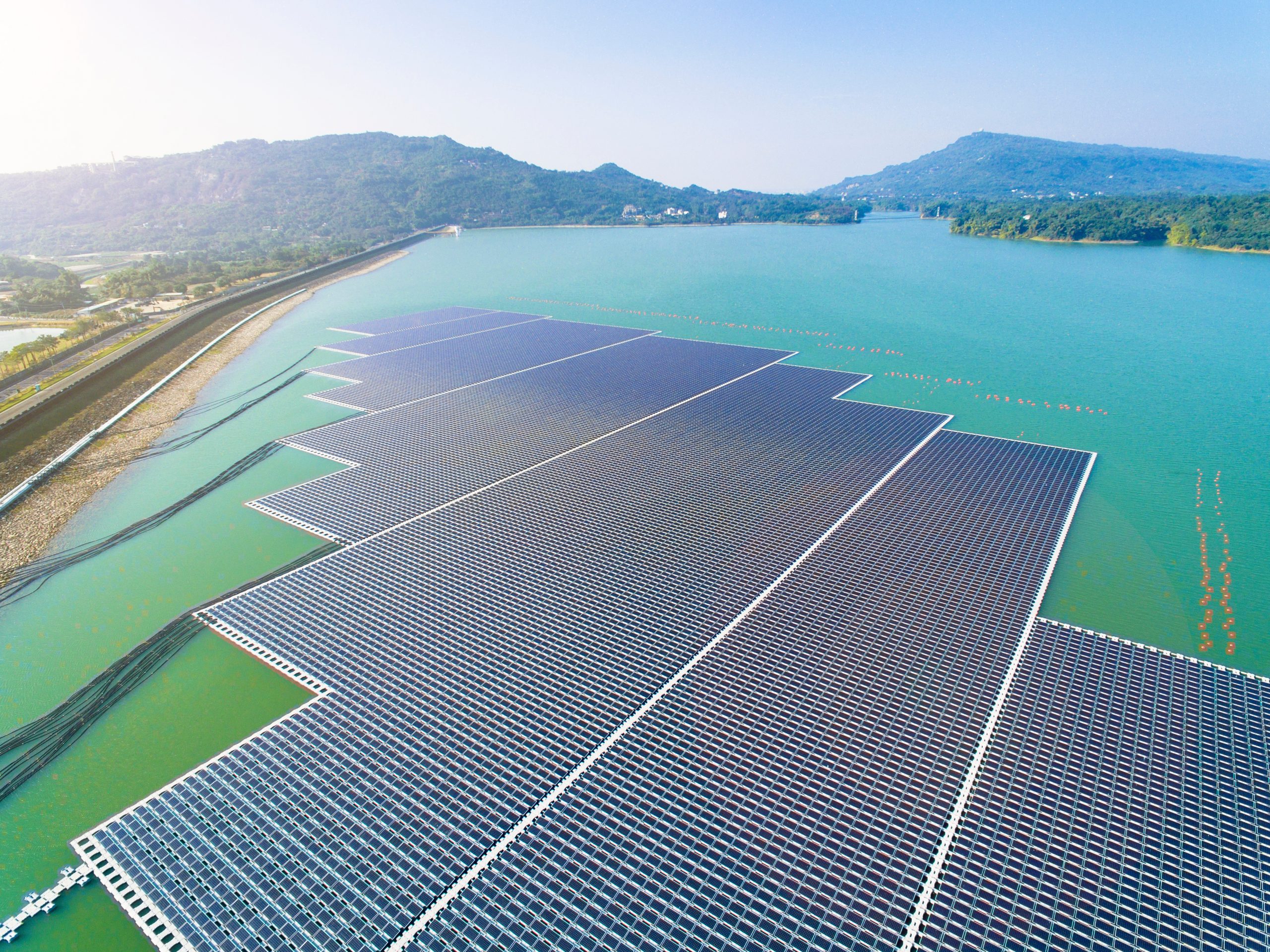 This value hypothesis is supported by the outcomes of a project in California, where plastic shade balls were originally deployed to prevent a carcinogen-producing reaction between sunlight and chemicals in the water of several reservoirs around Los Angeles. An unintended positive consequence of the shade balls was an 85%-90% reduction in evaporation during droughts. Solar panels could produce this same effect—a highly desirable outcome in the southwestern United States, where there is plenty of existing water infrastructure and growing concerns of shortage—while also producing clean energy.

Another proposed concept is “floatovoltaics,” islands made up of numerous floating solar panels that move around the surface of a body of water, thereby reducing the environmental impact of constant shading. The materials used for these floating photovoltaics would need to be entirely waterproof, resistant to corrosion (especially in salt water), and resistant to bacterial growth or other natural particle accumulation (e.g., bird poop). If located in open bodies of water accessible to the public, these installations would also require security infrastructure to protect the technology.

The first two options listed here assume that solar panels are designed to be opaque—but what if they weren’t? In the construction sector, transparent panels have already been integrated into buildings as dual-purpose windows that help maintain shade and produce energy simultaneously. Similarly, some farmers have been experimenting with agrovoltaics, light-permeable panels that allow for both grazing and energy generation activities on the same piece of land. The technology for these products is less mature than traditional solar panels but holds significant potential for expanding our overall solar capacity.

Ultimately, the future of eco-friendly energy solutions will come down to an important factor: location, location, location. After all, solar panels aren’t the only renewable energy-generating solution that require thoughtful placement—wind turbines suffer from the same basic issue, although the specific challenges differ. Most turbine blades are the length of a football field, so they can’t be set up just anywhere, and people who live near wind farms often complain of them being an eyesore. Creative siting and land-use strategies, as well as innovation in design and material selection, will be key to these pathways to the clean energy transition.