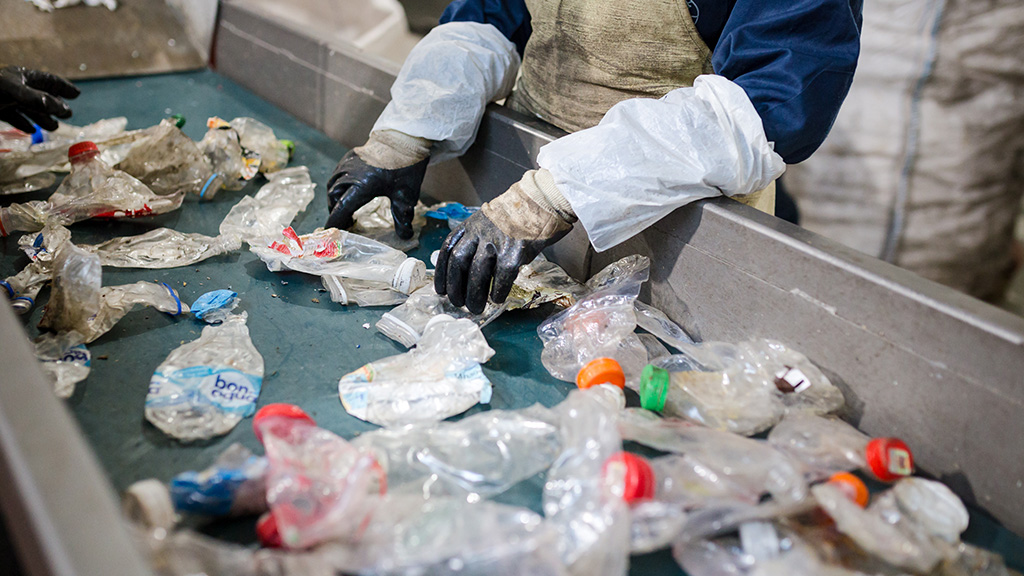 Northeast Ohio is generally better known for producing industrial materials (rubber, iron, steel, etc.) rather than inventing cutting-edge, innovative recycling technology, but with the rise of companies like Alterra Energy and RES Polyflow (acquired by Brightmark Energy in 2018), perhaps we’re about to see that reputation change. As Cleveland.com reports, Polyflow/Brightmark is nearing completion of a plant in Ashley, Indiana that, when it is finished, will be the largest advanced plastics renewal facility in the world.

The unique process used at the Ashley facility pelletizes mixed plastics (grades 1-7) and uses pyrolysis to convert the pellets into wax or ultra-low-sulfur diesel. The pyrolysis process generates relatively low emissions, and Brightmark claims that the liquid fuel that they produce is 39% less carbon-intensive than other traditional petroleum sources. They acknowledge that their solution is not yet fully circular – i.e., does not convert waste plastic into “new” plastic products – but aim to develop the technology to support a 100% plastic-to-plastic manufacturing model by 2025.

The economics of plastics recycling are famously challenging, and it is not entirely clear how Brightmark will make their business work where so many others have failed. Nevertheless, the global regulatory environment does seem to be moving in a favorable direction – for instance, just two weeks ago, the United Nations announced a plan to create the world’s first ever global plastic pollution treaty. Market activity appears to be shifting as well, with oil & gas giants like ExxonMobil and Chevron Phillips Chemical (a JV between Chevron and Phillips 66) both investing in their own pyrolysis technology for processing waste plastic. We’re excited to hear that Brightmark’s approach – invented just down the road from Newry in Akron, Ohio – is expected to become operational later this year, and we will be keeping an eye on how the technology develops from here.