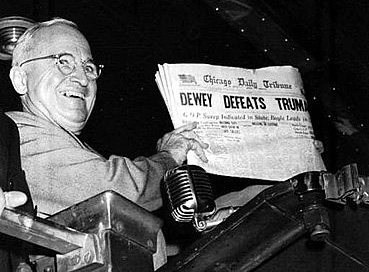 The presidential election of 1948 is considered to be one of the greatest political upsets in American history. Incumbent President Harry Truman faced low approval ratings and stiff competition within his own party from both former Vice President Henry Wallace and Strom Thurmond, leader of the Dixiecrats. His Republican opponent, Thomas Dewey, was a seasoned candidate who ran a low-risk campaign, and virtually every major media outlet expected him to win the Presidency.

One outlet in particular, the Chicago Daily Tribune (now the Chicago Tribune), was a famously Republican-leaning newspaper that did nothing to hide its distaste for Truman throughout the campaign. On the night of the election, they printed the headline, “DEWEY DEFEATS TRUMAN” before the east coast had even started closing polling places for the night.

By 4 o’clock the next morning, however, the results showed that Truman had a sizable lead. He went on to defeat Dewey by a margin of 303-189 in the electoral vote and over 2.1 million votes in the popular vote. As Truman was taking the train from his home state of Missouri to Washington, he passed through St. Louis, where he was handed a copy of the Tribune early edition. Moments later, one of the most famous political photographs of our time was taken.

So, what does all this have to do with leveraging innovation to drive growth?

There’s a phrase popularly associated with that picture of Truman and the Tribune – “It’s good to be first, but it’s better to be right” – and with CES still fresh in our minds and Mobile World Congress right around the corner, I’ve been thinking about that saying a lot. In particular, I’ve been thinking about foldable phones and wondering whether the companies offering these displays today have really thought through their value proposition to the consumer.

To say that differences of opinion exist in the marketplace about the value of foldable phones in general is an understatement. Some viewpoints are optimistic, even grandiose:

Not everyone shares this outlook, however: 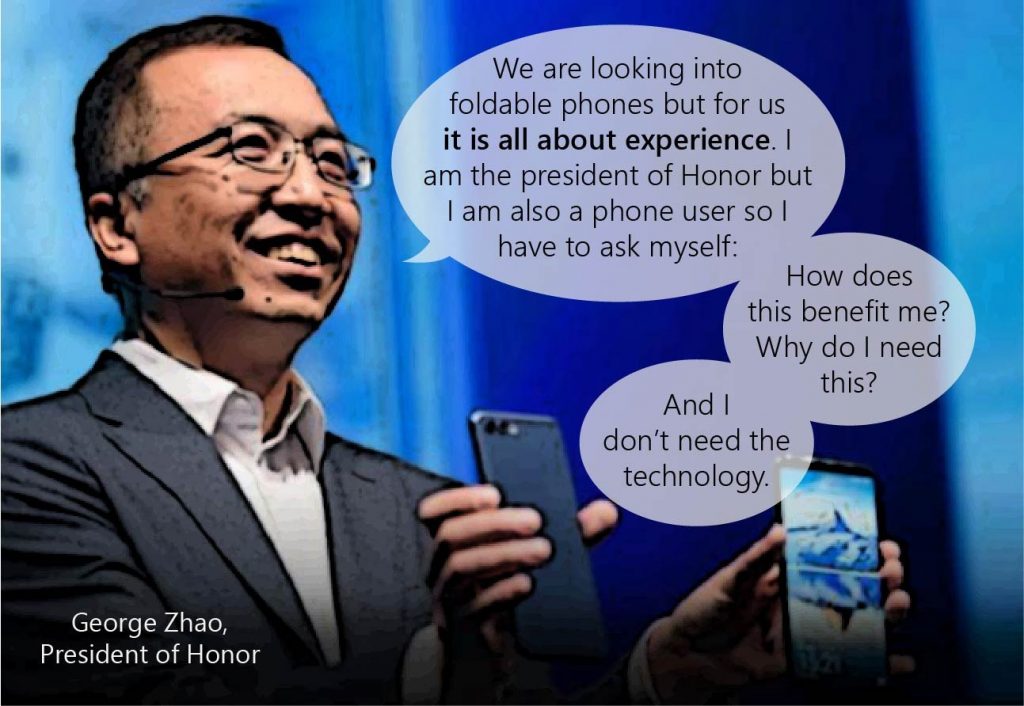 Popular media also seems to fall in the “why do I need this” camp, with outlets from Tom’s Guide to Quartz to Axios calling the technology into question.

Flexible electronics manufacturer Royole won the race to market for foldable phones at CES 2019 with their FlexPai debut, but did they get it right? One particularly withering review from TechCrunch certainly doesn’t think so, stating, “The FlexPai didn’t and doesn’t strike me as much more than a little known company’s push to make a name for itself simply by being first.” My take is that I would be hard-pressed to buy a phone that costs well over $1000, is considerably bulkier compared to phones of today when folded, and has functionality issues (touch responsiveness and burn in were mentioned to me by colleagues who demoed the phone at CES). 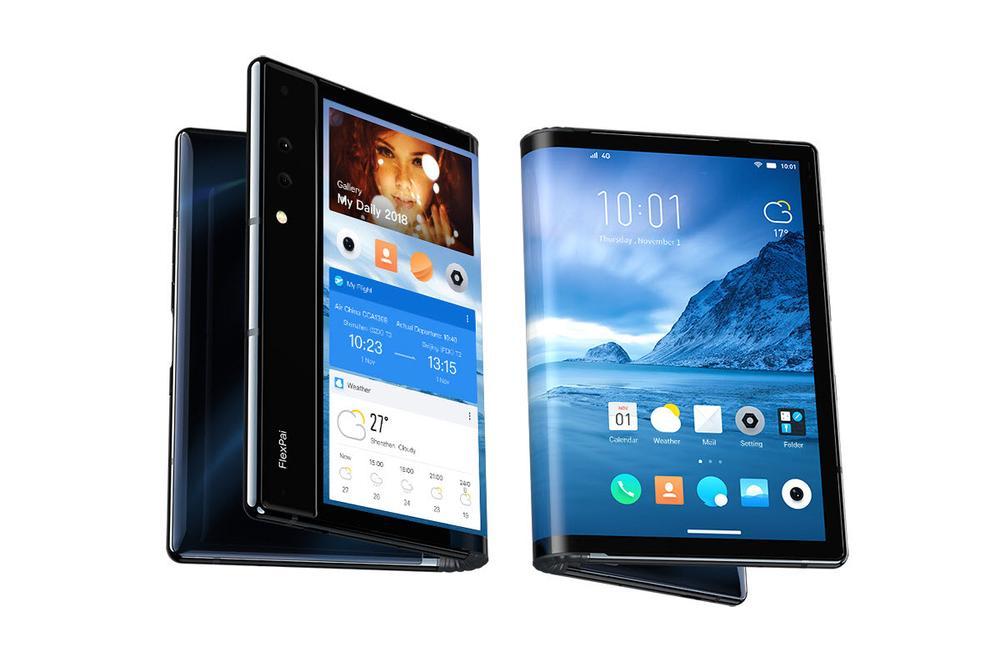 Given these significant initial shortcomings, other smartphone makers still have the opportunity to reassess exactly what consumers are looking for and provide it in a cleaner form factor with better functionality (though still a steep price tag). Given the sheer number of OEMs working on foldable phones, someone will make a breakthrough. We’ll have to keep monitoring progress, but I wouldn’t be surprised to see a company like Huawei or Lenovo (with their Moto Razr reboot) holding up a paper in the near future with that first Royole smartphone pictured. Because while it’s good to be first, it’s better to be right.

Louis Lazar, PhD, joined Newry Corp in 2013 after completing his doctorate in Biochemistry and a postdoctoral fellowship at Brandeis University. His work at Newry has covered technologies ranging from functional fluids to microreplicated materials to consumer electronics, and several of his recent projects have focused on smartphone design and next-generation telecommunications infrastructure for 5G. Sample outcomes of these engagements have included a comprehensive portfolio strategy for an R&D directorate at a Fortune 500 company, a deep understanding of the value proposition for material usage in smartphones, and a detailed market analysis for microfluidic devices for next-generation sequencing.